I hope you are still enjoying the strip.
Posted by House_Rulz at 12:46 PM 1 comments

Hi guys,
It has gotten awfully quite around here.  We went from a growing group to just a few people still checking the strip out.
But that is OK; I am optimistic.  We are reaching the point where I think the strip starts getting better, so hopefully the audience will start to grow again.
So please keep coming back, and please share the strip with your friends.  There is a lot of fun stuff coming up.
Ed﻿
Posted by House_Rulz at 9:30 AM 0 comments

Hi guys,  Sorry once again I have not too much to say.  I hope you are still enjoying reading the strip as I am enjoying creating it.
Posted by House_Rulz at 12:23 PM 1 comments

Too busy to do anything more than say hi today.
Enjoy, and I hope all the Dad's had a great Father's day.
﻿
Posted by House_Rulz at 1:06 PM 0 comments 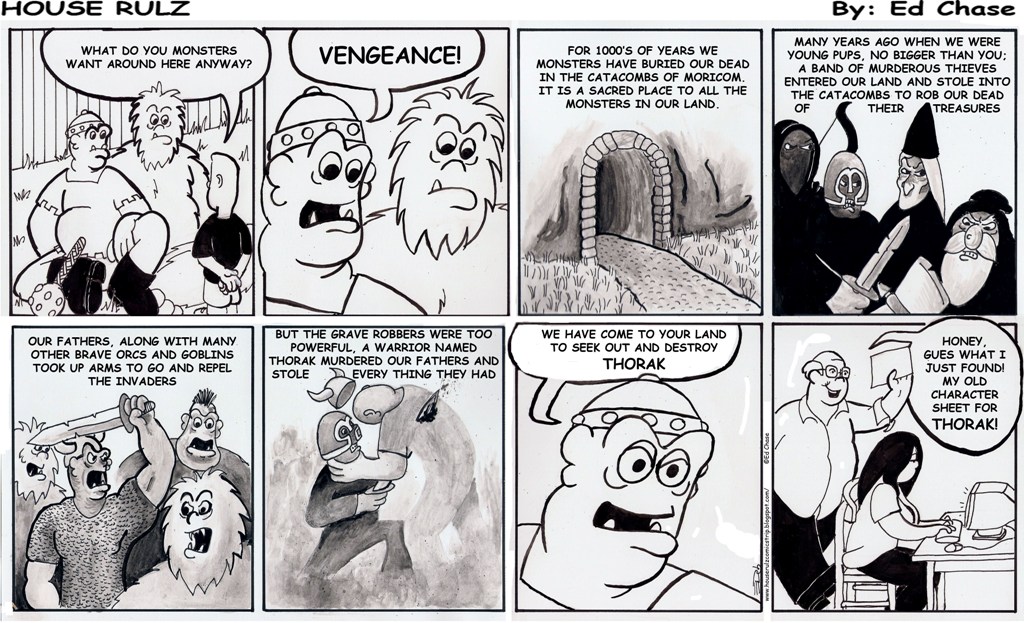 It is Thursday and time for a new House Rulz.  Aren’t you so excited?
Down at the bottom of this page is a Facebook Share button.  I would really appreciate it if some of you guys would start pushing the button.
We are averaging about 75 to 100 visits to the strip per day.  That seems to be pretty good considering we are only about a month old and today is only the 11th strip.  But I really want us to grow.  If you are enjoying what you see, go ahead and “Share” us.  It will help spread the word.
I am pretty excited because today’s strip starts a story line I am quite proud of.  I have mixed in several single gags and short runs into the longer story, but it all starts today.
Also another two or three strips and we reach the spot where I finally started to figure out what I am doing and the strip starts to get better.
So keep coming back and help spread the word.  In all modesty, if you like the stuff you have seen so far, you ain’t seen nothing yet.
Posted by House_Rulz at 12:19 PM 0 comments 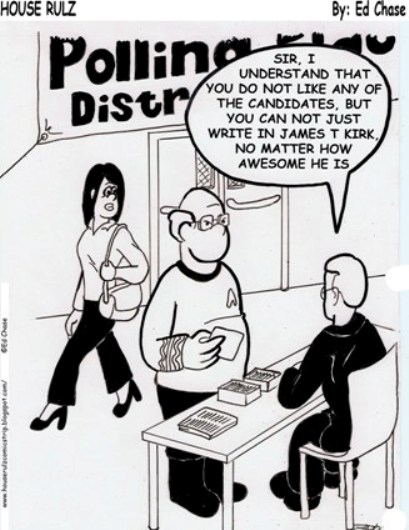 ﻿
As I may have mentioned before I actually developed House Rulz along with the real Chris (Dad) House back in 2008.
I had been laid off and was working on starting my own consultancy firm.  I had no clients yet and had more spare time than I wanted.  Chris was also out of work and the two of us spend a lot of time playing, planning and just talking about gaming.
House Rulz grew out of that time.  A few months later, just as I was starting to get the strip into shape I landed my first client for my consulting company.  I was working very long hours and traveling weekly, so House Rulz had to be put aside.
Why am I telling you this?  Because today’s strip was drawn on November 4, 2008.  I was out of work and very disgruntled with the whole political process.  I voted (none of your business for whom) but I did so holding my nose.
This is another strip I almost did not run.  Not because I do not like it (although the art work on most of these early strips makes me cringe), but because it is so topical to November 2008.  On the other hand, we are about to ramp up another election, and I am looking at our options and still holding my nose.
Posted by House_Rulz at 9:15 AM 0 comments

I have to admit this one still makes me giggle.  My daughter when she was younger would shake her booty to any music she heard.  She was the inspiration for this strip.

I have still been as busy as a one legged man in a frog stomping contest (my apologies to any one-legged people out there).  I am actually in two conference calls at the same time as I type this.  So I do not have much to say again today other than thanks for your continued support.